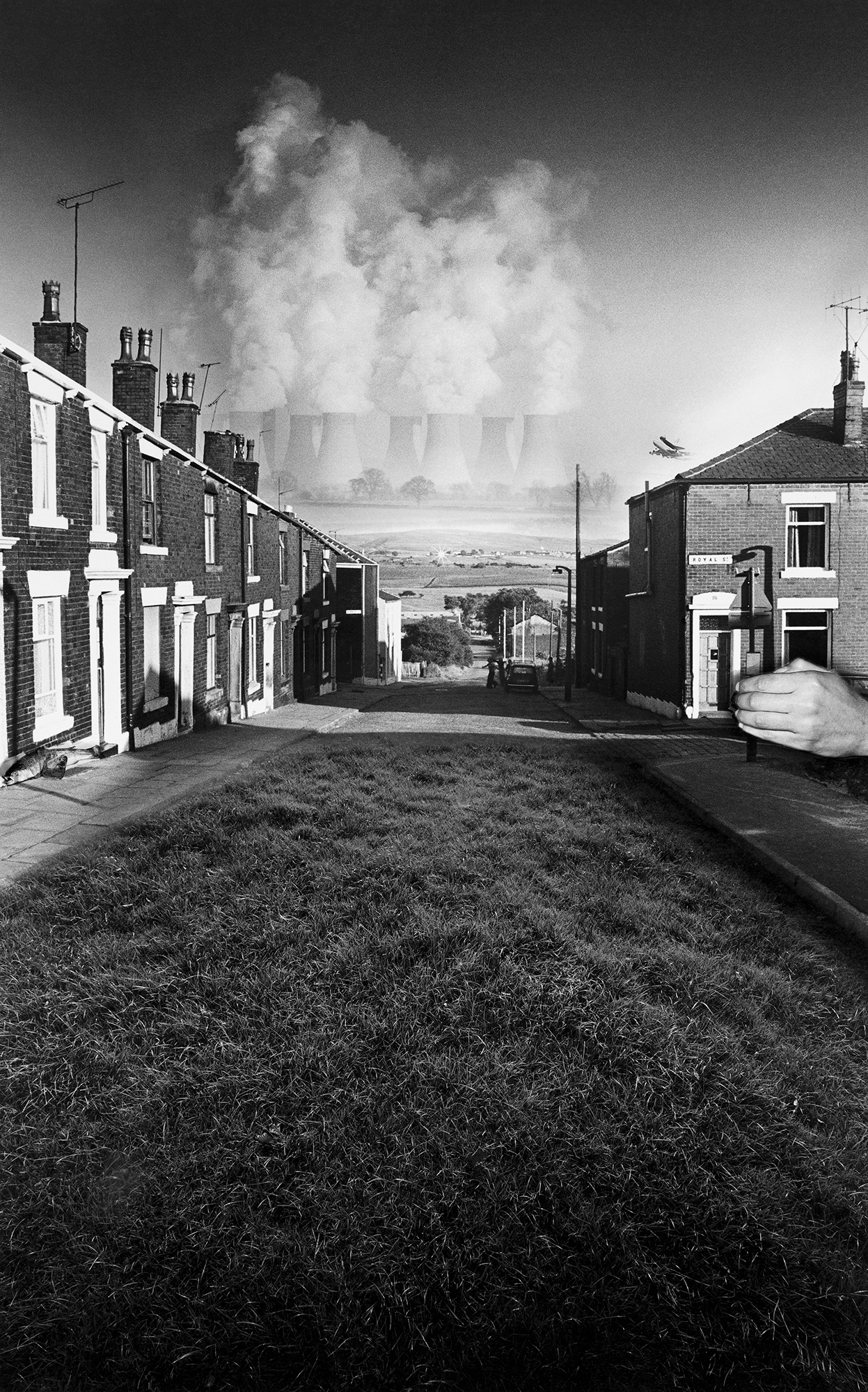 Commissioned for the calendar entitled ‘The Future’  by Sharman & Company, news paper printers on 25th August 1983. The art director didn’t like the old car a Vauxhall Vellox which was in the print Hag had made for the original version, the album cover for ‘Secret Messages’ by  Electric Light Orchestra. Hag said he would cover it placing his hand over the car. The art director was somewhat surprised when first seeing this finished picture that Hag meant literally adding his hand. The full title comes from the two fishes added to the left on the sidewalk, or pavement being Rochdale Lancashire UK. The ELO cover  was designed by David Costa of Jubilee Graphics, later Wherefore Art and photographed by Hag. The foreground contains figures made from picture library slides of obscure classical paintings (for copyright reasons). Hag created the cover photograph from the 9th to 13th December 1982 in black & white. Kim Harris then hand tinted the image completing the work on 19th January 1983. The gold frame was then composited using transparency material by Studio 10 London UK.   A small portion of the car mentioned above is visible below and to the right of the members of the band in the second floor windows.

Hag photographed the gold frame and picture frame back and supervised the colour composite adding the gold frame and engraved titles to the image.  The back of the frame was photographed three times as the final track listings kept changing (see Wikipedia). The third time a blank panel was made as shown above  so the track list could be added at the print stage in case of further changes.

Link to hand tinted colour version of ‘The Futures a bit fishy, we’ve got a hand in it.’

‘One time I left my umbrella at a gallery opening – it started to drizzle and I had to go back. It changed my life. Casual decisions can have a dramatic effect on our experience. The future is unknown, the past we quantify for our own satisfaction. It’s not that the grass is greener, it’s that it’s green.’ (from Hags book ‘How Things Are’)