These Images were all commissioned & published as posters, cards etc by Athena International UK. The dolphins were all photographed in a tank at Windsor Safari Park which is now Legoland Windsor. “Atlantic Dolphins is the largest grossing photograph I ever created. It was sold as a Poster, Greetings Card, Postcard, T- shirt, Duvet Cover, Jigsaw Puzzle, Clock, Wrist Watch and maybe more I have forgotten about or do not know about. Yes the dolphins are out of focus. The highlighted mask lines were left on purpose. ‘Space Dolphins’, you may note is the flipped ‘Atlantic Dolphins’ with the second head added. I made the star field in my studio and the planets are courtesy of Nasa. It was an attempt and idea of Athena to revive the original ‘Atlantic Dolphins’ sales figures. I don’t think I made any more than the advance”. (Hag) 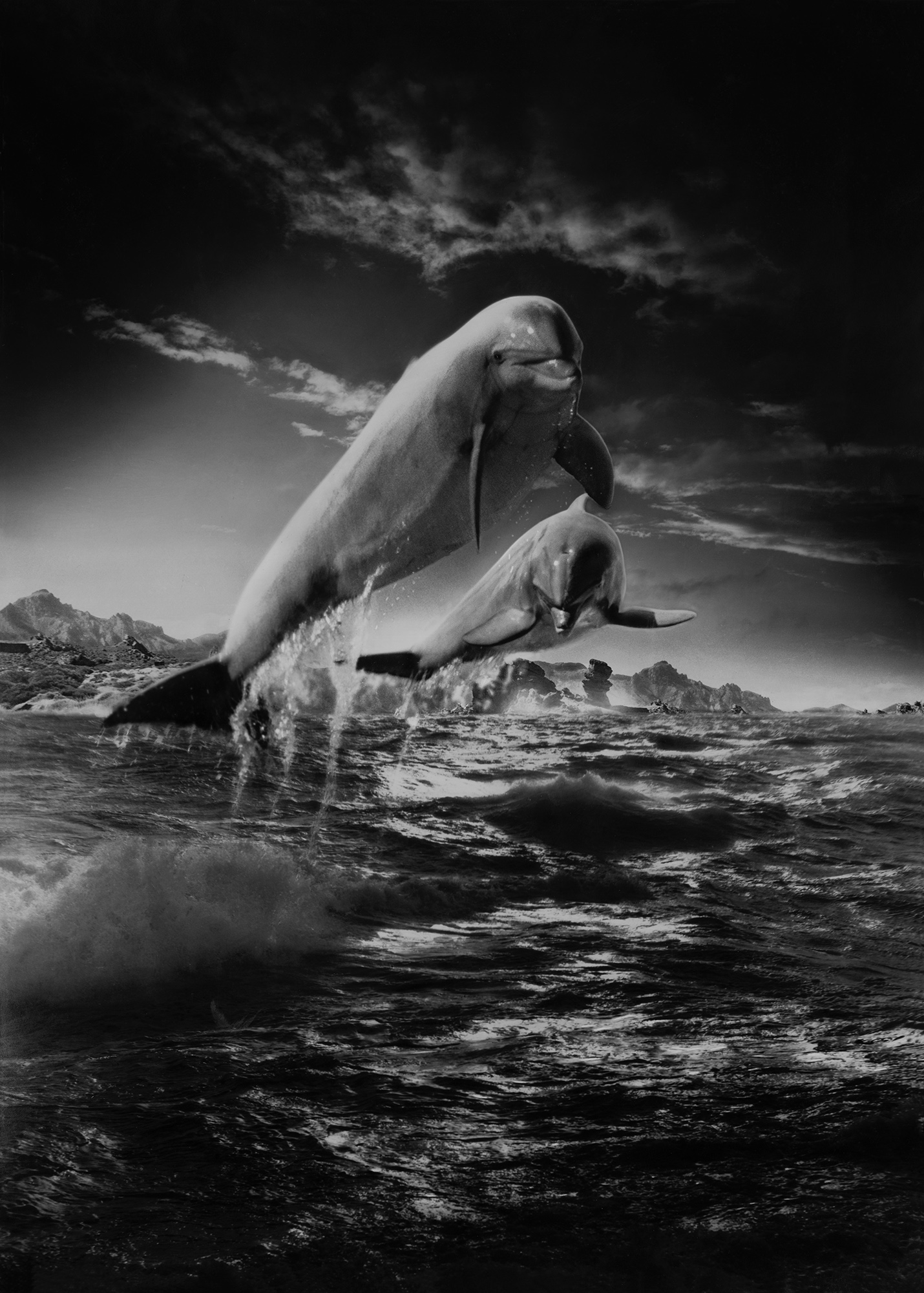 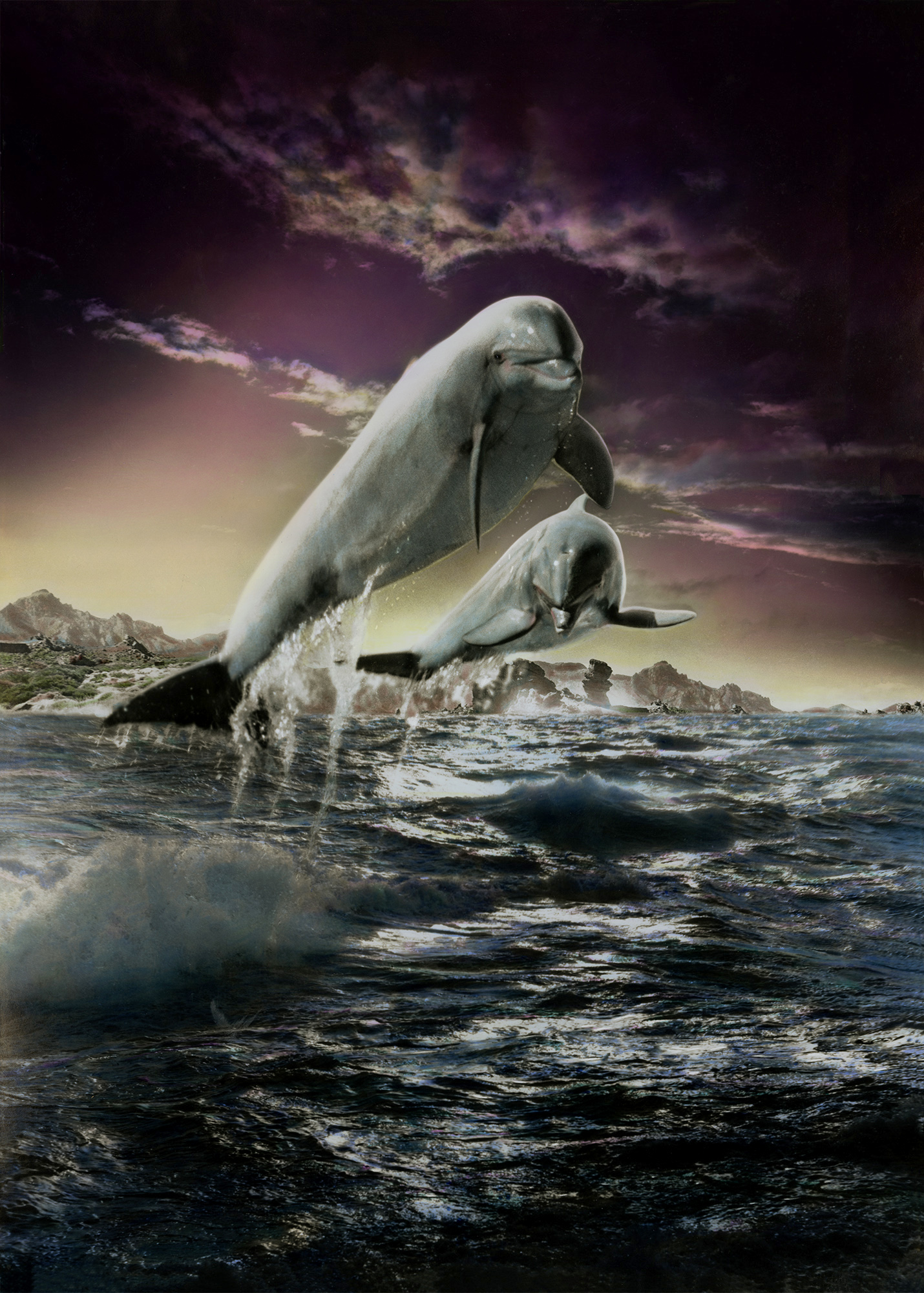 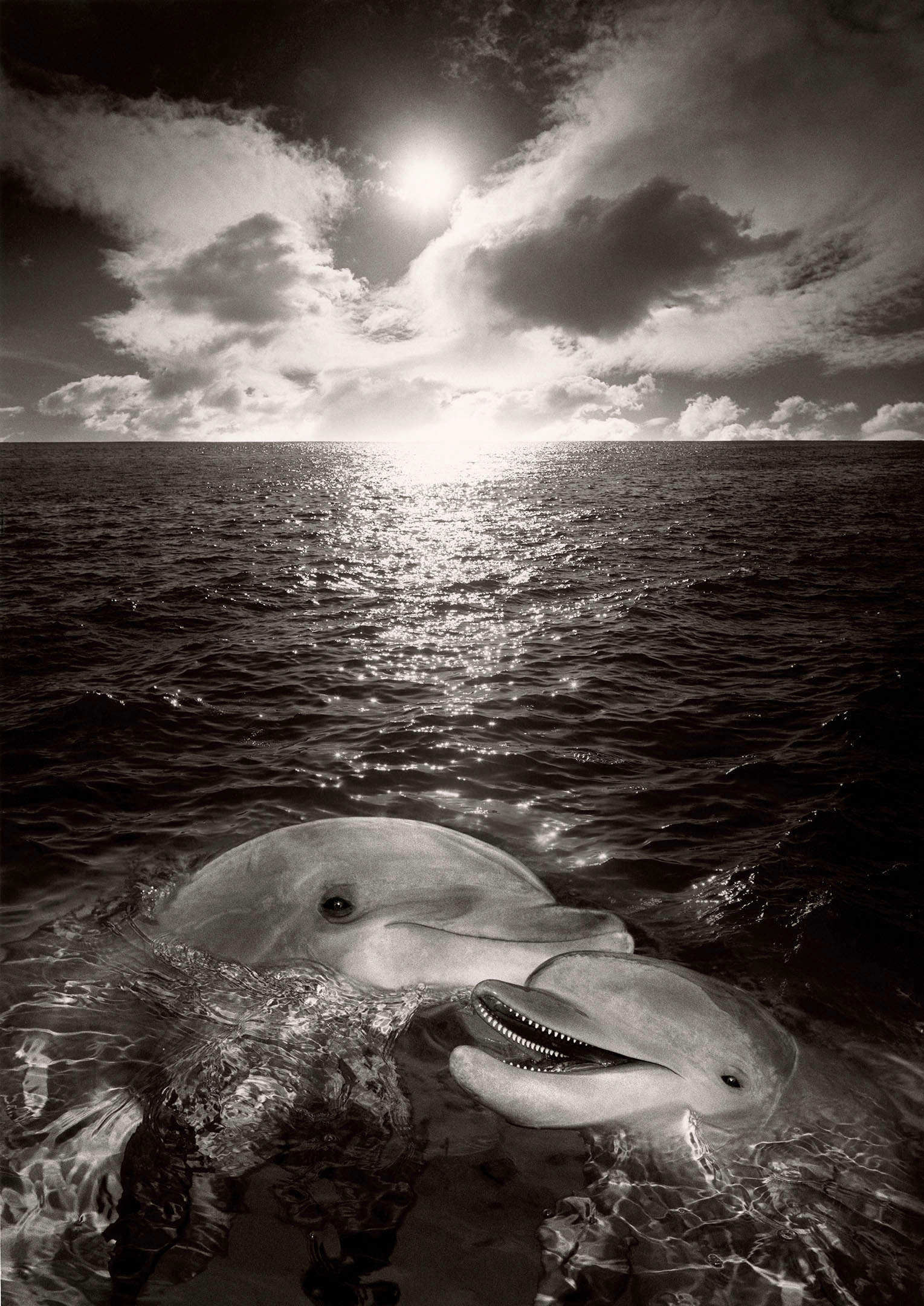 Return to top of this Page

These photographs are not found in the book ‘How Things Are’