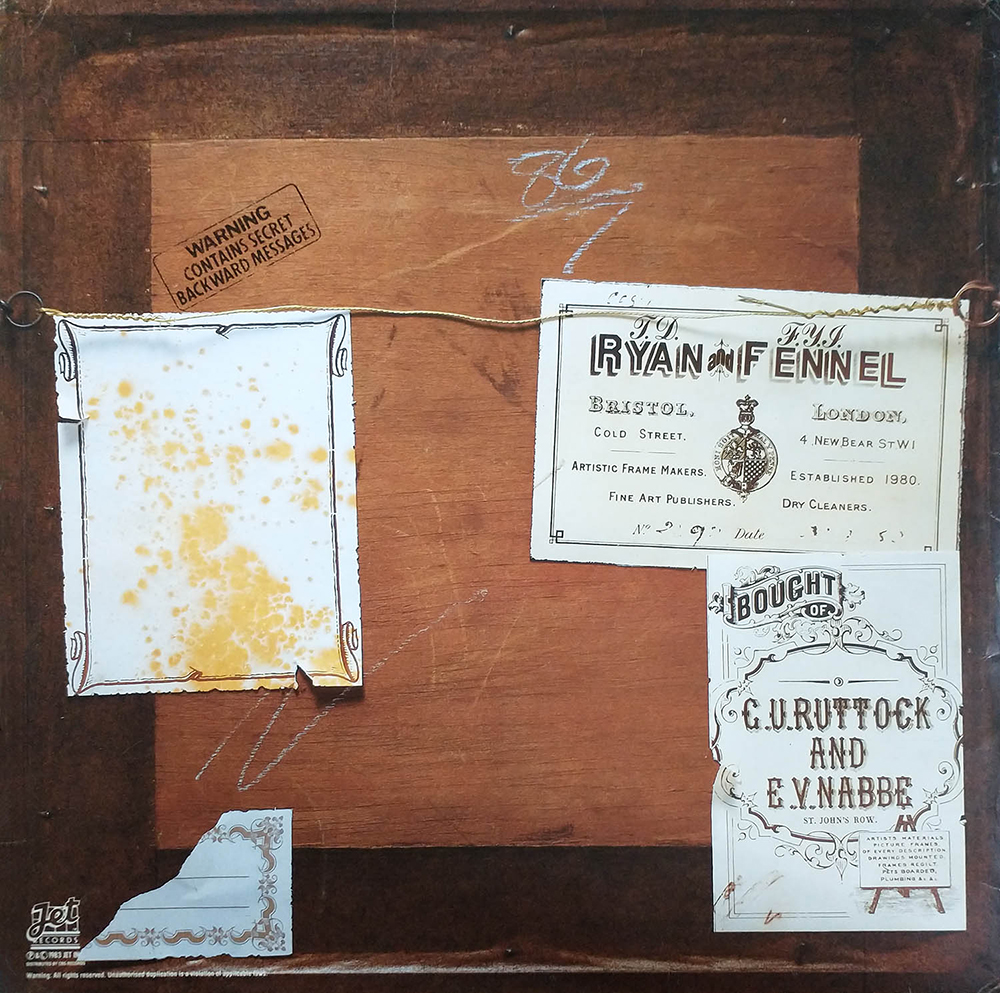 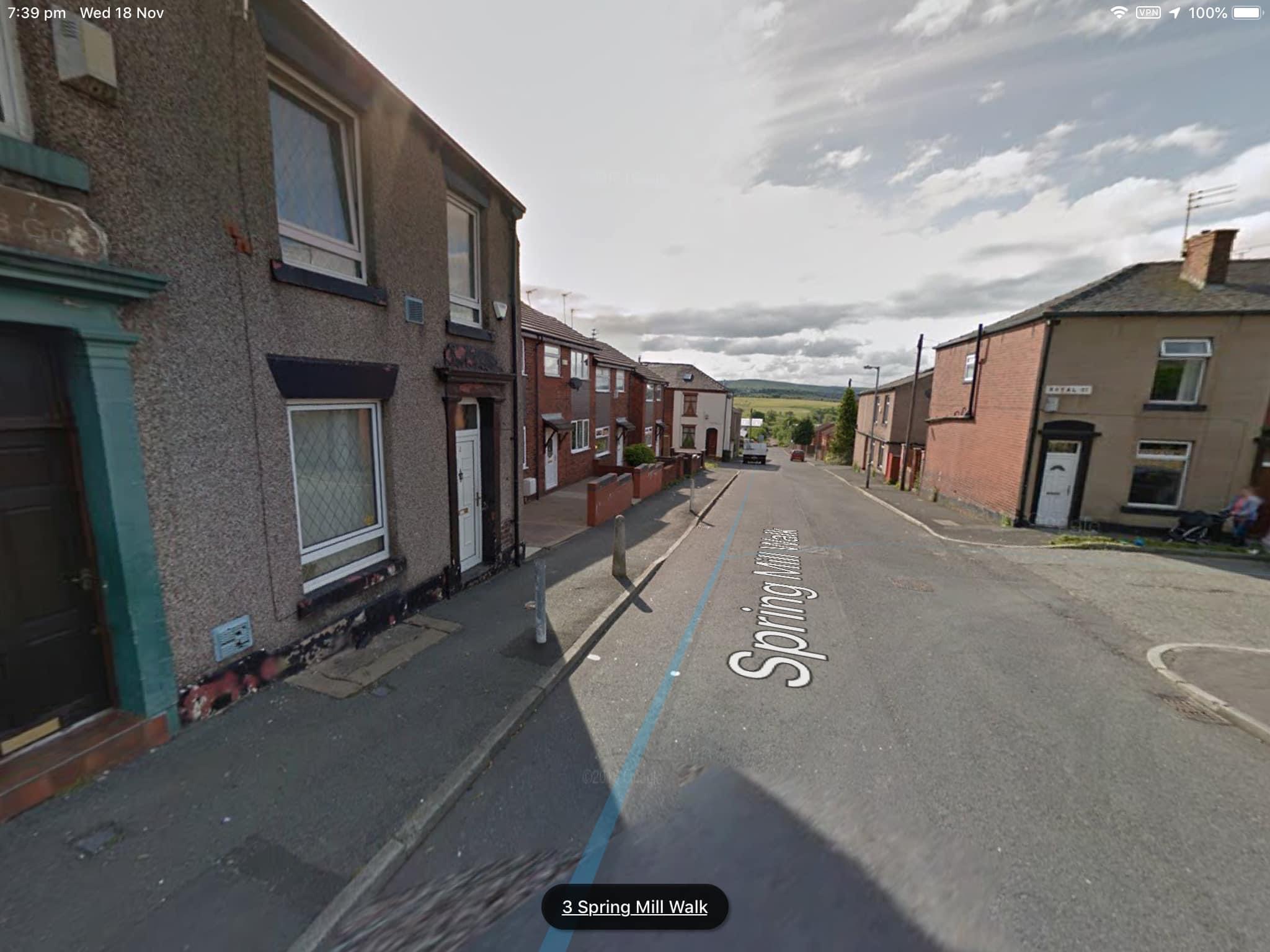 The cover  was designed by David Costa of Jubilee Graphics, later Wherefore Art and photographed by Hag. The foreground contains figures made from picture library slides of obscure classical paintings (for copyright reasons). Hag created the cover photograph from the 9th to 13th December 1982 in black & white. Kim Harris then hand tinted the image completing the work on 19th January 1983. The gold frame was then composited using transparency material by Studio 10 London UK.

Hag photographed the gold frame and picture frame back and supervised the colour composite adding the gold frame and engraved titles to the image.  The back of the frame was photographed three times as the final track listings kept changing (see Wikipedia). The third time a blank panel was made as shown above  so the track list could be added at the print stage in case of further changes.

Most of this information is also found on the Colour & Black & White pages of ‘The futures a bit fishy we’ve got a hand in it’.  The image Hag created after making this Electric Light Orchestra cover.