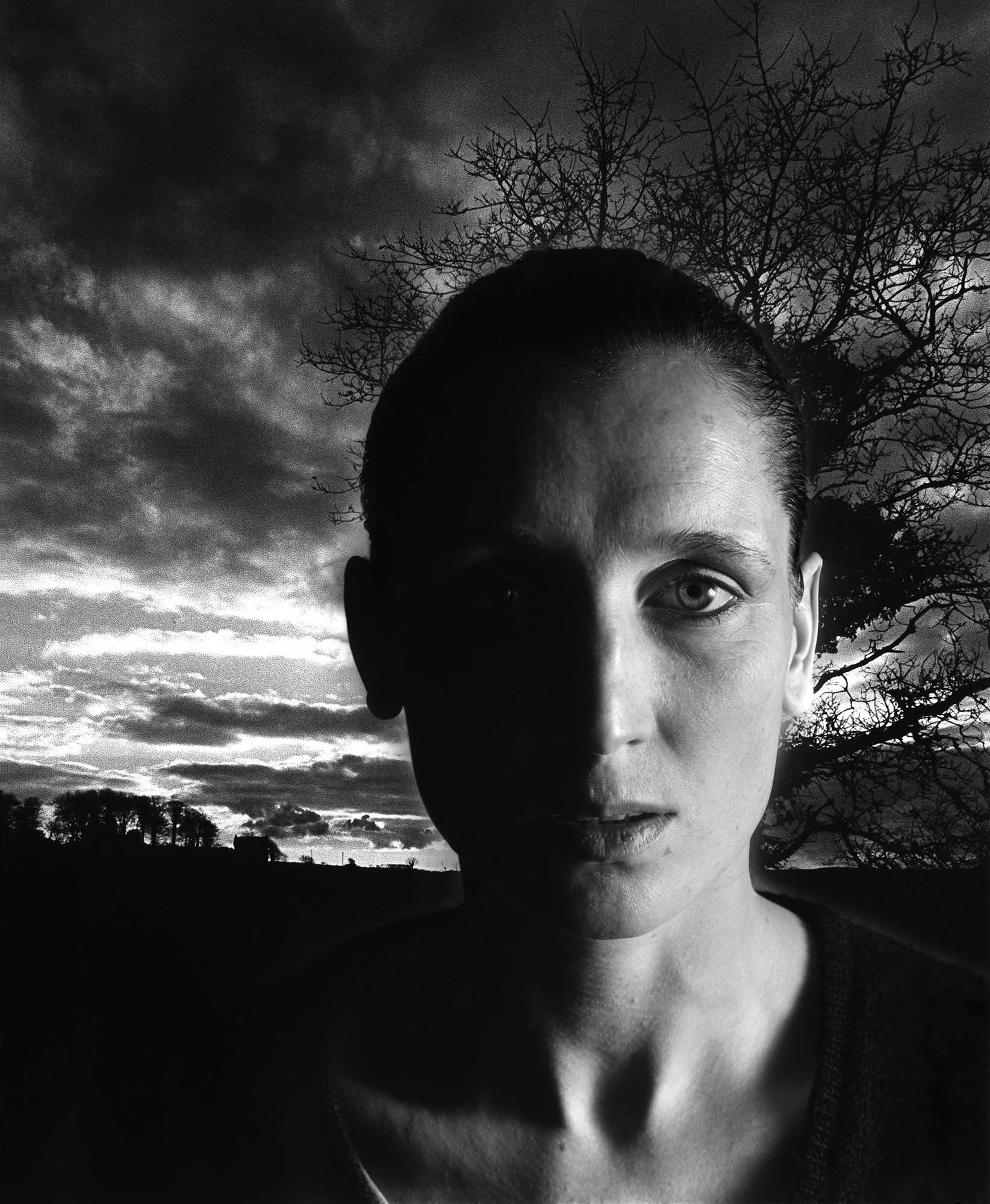 Jude founded the legendary Sadista Sisters in 1974. She commissioned Hag to photograph this band for their forthcoming tour of Germany in 1976.
Below is the photograph Hag created…… The Sadista Sisters were a formidable all female rock/theatrical band.  For this tour they had a recording contract that led the record company to add male session musicians to which they reluctantly agreed.

In Germany Jude became involved with the guitarist, Dave Stewart.
Dave is the guy in the foreground with the moustache and his tongue out. Jude is immediately behind his head.
When Jude and Dave’s’ relationship ended Dave Stewart met Annie Lennox.
This is how Jude and Hag came to have dinner with Dave and Annie at their flat in Crouch End when they were in their first band together ‘The Tourists’ prior to forming ‘The Eurythmics’.

‘………Then Dave’s in Crouch End. His new lady Annie, pink streaked short hair very friendly and open. People came and went. Annie sang some songs on her harmonium and what a voice.
We talked awhile about parents, politics and work. She also has a beautiful Scottish talking voice, beautiful eyes a beautiful mouth and teeth and hair and is in fact quite beautiful. Young energy and idealism. Talks a lot and think she knows a lot. Which she may or may not know. Positive though.
Dave is a quiet warm freak. I constantly feel I should cuddle him. Pity about the way the business machine which they have signed to seems to be promoting and presenting them, but maybe their strong enough to get through it, they certainly have the will.
Happy meeting. Annie came and spoke to me every time I was getting bored and thinking of leaving.
P.S. nice food. Jude is full of smiles…… ‘ [sic]

It took a further six years before The Eurythmics broke through with their first two hits, Sweet Dreams and Here Comes the Rain Again.

The likeness to Hags portrait of Jude in 1977 and Annie Lennox’s album cover of 2014 was surprising and amusing to Hag.
One of those odd coincidences! These photographs are not found in the book ‘How Things Are’